This week on the The Independent Artist Podcast, mixed-media artist Amy Flynn navigated her way through every artist's nightmare—finding that their work had been copied and stolen. Listen today!
News

This is part of a series of posts highlighting the art fair and festival industry. Know someone we should talk to? Email your suggestions!

When Connie Mettler decided it wasn’t practical to choose art as a major in college, she had no idea she was calling for a major twist of fate. She studied sociology and psychology and worked professionally as a social worker, a librarian, and a teacher. She calls these past jobs “all the girl things — all the things you would expect a woman to do from my generation.”

In 1978 she became the business manager for photographer Norm Darwish and the two got married around the same time. It was that year that Mettler realized that you can make money in the arts, so she committed herself fully to the art fair business and has been making 100 percent of her income in it since. When Mettler took over the business side of being a photographer, it allowed Darwish to focus on the photography itself. “The people who seem to have the steadiest lives are the people who have someone else there working for them — behind the scenes kind of stuff,” Mettler says. That’s exactly what she was doing for Norm Darwish.

Although Darwish and Mettler generally did shows on the East Coast and in the Midwest (with Cherry Creek Arts Festival being the furthest west they ever went), they often participated in up to 32 shows per year. Mettler greatly enjoyed this lifestyle and met many people, artists and show directors along the way. She developed a large network, and as the years went by, she took over her local community show: Art in the Park in Coldwater, Michigan. She first was a volunteer and then became the show director. She also started art fairs in Toledo and Indianapolis while she was still on-the-road doing shows with Norm. She also spent 13 years as art director for the Michigan show Arts, Beats, and Eats. 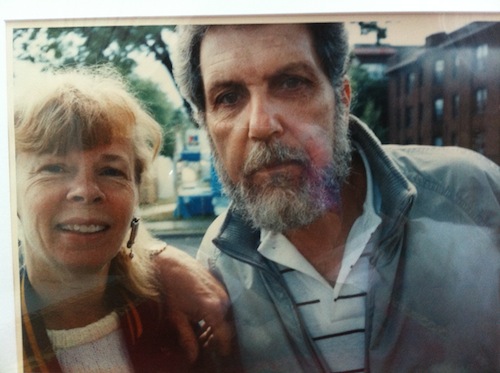 Mettler and Darwish at the Uptown Art Fair, circa 1988.

Mettler’s most known influence on the fairs and festivals industry, though, is likely her web presence both as the creator and moderator of ArtFairInsiders.com and as publisher of ArtFairCalendar.com. But how and why did these resources get started? When the 2001 recession hit, Michigan (where Mettler lives) was hit especially hard because of its dependence on the auto industry. Mettler and Darwish — and surely many other Michigan artists — watched their safety net of local shows shrink.

Just after the turn of the century, a time when Mettler says “all the really exciting things were just happening on the Internet and everyone seemed to be involved in a startup,” her son Scott Fox, a student at Stanford University, suggested that she start ArtFairCalendar.com as a way for patrons to find art fairs. This proposed website would bring patrons to buy art and support all of Mettler’s friends in the art world. The site launched in 2004 with information for fairs in certain states. It has since grown to contain information for fairs nationwide and has evolved into an entire business that helps artists. “My goal was never to make my money by taking money from artists; my business is to help the artists by bringing people to the art fairs to collect their work,” Mettler explains.

A few years went by and Fox approached Mettler again, this time with enthusiasm about social networking, and suggested that Mettler should blog about business. Despite her initial skepticism, he built ArtFairInsiders.com and then dedicated a chapter to it in a book that he was writing about Internet marketing. Mettler knew at that point that she had to get the site rolling before the book got published, and it’s been one of the largest online forums on fairs and festivals since.

Mettler’s main goal for both of her websites is for them to be resources to help support the art fair business. She says, “We all [people] thrive on being helpful to other people and I’ve just been pretty fortunate that I came in at a good time, I had smart advice, good keywords and all those kinds of things that enable you to get ahead. I listened and I had nothing to lose!” She says that she now occasionally sees some rising competition in similar websites who have tried to copy her business plan but that she just has to stay ahead of all of them. She makes the analogy of it being just like artists creating similar to work to other artists at art fairs: those with the original work have to be aware of what’s happening and get out in front. 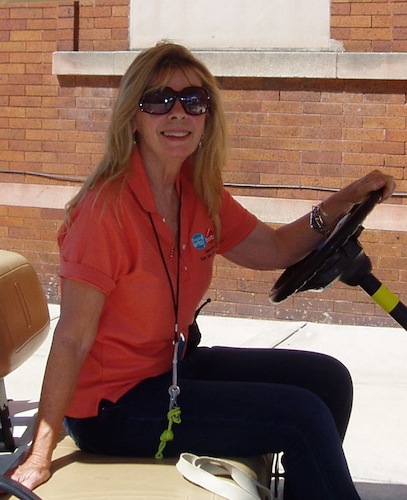 What she sees as important now is getting people to continue coming to art fairs. When she started traveling around with Darwish there wasn’t an Internet with online-buying or Target or Pottery Barn where people could purchase beautiful items for their homes — if someone wanted something unusual then they could only buy it at art fairs. These elements have made the business more difficult and competitive for artists, but Mettler doesn’t believe that these Internet sites have greatly affected the fairs. She does advise directors, administrators and artists that web presence is the most important and that younger people will come to shows as buyers if they are marketed to online. “I do wish there weren’t so many art fairs, but there are,” Mettler comments. “I think the shows that have a lead can keep it, if they can just continue making themselves be special. They’re not gonna go away and there will be people to step up to take the artist’s place because it is a very interesting marketplace and it’s there for the adventurous.”

So what about those adventurous up and coming artists? Mettler says the next generation of artists is out there but that they just aren’t in the bigger shows yet and don’t get as much attention as the masters of the business. For those emerging artists that complain of the hard work this business requires, Mettler says “for goodness sake, anything worth doing is hard work. This is hard, but it’s what you choose. So stop complaining and get out there and do it. You just do it.” She relates it to Malcolm Gladwell’s story about The Beatles in his book, The Outliers: in order to be good at anything, you have to spend 10,000 hours on it, and that’s why The Beatles were so good. Art shows aren’t a hobby, they’re a job and the people who succeed at them are devoted and passionate.

You can visit Mettler’s websites at www.ArtFairInsiders.com, www.ArtFairCalendar.com, www.CallsforArtists.com and www.ArtShowReviews.com. She also invites you to listen to her podcasts as well, which are accessible at www.artfairradio.com. Because of her varied art fair background and the popularity of these websites, Mettler also consults with shows to help them develop best practices for their events. She has also been a speaker at social media and arts related conferences.

–By Anna Charney
Anna Charney studies studio painting and drawing at The School of The Art Institute of Chicago. She is a Denver native and decided to spend her 2013 summer back at home hanging around the ZAPP offices as an intern to learn about the arts festival business. While they share a last name and an excellent fashion sense, she is not related to ZAPP’s managing director, Leah Charney. You can see her artist’s gallery at www.annacharneyart.com.